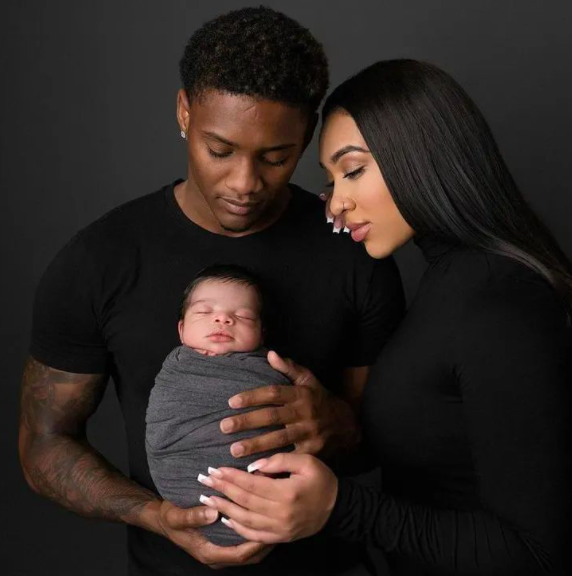 Clarissa Caleb popularly known as Rissa and Shaquan Roberts popularly known as Quan are two YouTube celebrities and proud owners of the reality TV show named Rissa and Quan. Their contents are mainly based on romantic Lover’s prank videos and online challenges. They promote fashion, Vlogs and they also post Story times on their channel.

The two started their journey as content creators in January 2018 when they created their channel on the 5th of the same month. Ever since, Rissa and Quan have constantly uploaded prank videos of themselves, without leaving their romantic life behind, and a whole lot of other challenge videos.

Over the years the both of them have gathered roughly 1.96 million subscribers on YouTube, with over 280 million views they have uploaded 609 videos in the past years and still counting.

Everything has been going pretty good for this YouTube celebrities as they keep posting good news after good news.

On the 22nd of May 2021, the two took to their YouTube channel to announce to their fans that they will be expecting a baby by November 2021. That of course was because a lot of their fans were already curious of the baby bumps seen on Rissa’s body, even though the two have been Stalling the questions from their curious fans for long without saying anything about it, they couldn’t keep it private for long as the change on Rissa’s body became more visible.

Rissa and quan made the announcement together on their Instagram account on the 21st of May by dropping a video online, the video was a happy and an emotional one as they showed the moment they planted a seed and watered it.

In their exact words Rissa said:

he planted a seed

we both showered it with

love and now we patiently

wait as our baby blossoms

into a beautiful little flower🌸

Mommy and Daddy love you

so much already! Coming

A lot of their fans reacted to the good news and they didn’t hesitate to show how happy they were for the two.

The outburst of the pregnancy news by the two celebrities made their fans excited beyond imaginations. A lot of them confessed to have noticed the pregnancy signs from their previously uploaded videos, even though the two had tried everything possible to keep it away from the internet for some time, I guess you can’t hide hot pancakes in your pockets for long. It will surely burn!!

Rissa and Quan having a baby at the time they announced it seemed like it would change a lot of things from the way the two operate their channel.

A lot of fans thought maybe there won’t be a lot of contents on their channel again seeing that Rissa was pregnant and Quan needed to be there for her, so perhaps creating a content wouldn’t be a great idea!

She’s pregnant and would definitely need a lot of rest and not to stress the baby and the mother, content should come to a stop for the mean time.

But our favourite YouTubers and lovers didn’t back down Infact, 39 weeks into been pregnant, Rissa and Quan did the Baby momma dance video which got a lot of fans talking from the way Rissa got down low and shook her Buddy like she wasn’t carrying a baby in her belle.

In the video they posted on the 10th of November 2021, Rissa took to her Instagram account to upload the dance video and I have to say it was full of some crazy moves.

“do I got them Megan knees

and dropping it low…Don’t ask

how I did it cuz I don’t even

know! All I know is my bodies

been hurting me for 4 days

STILL hasn’t made his grand

entrance into the world yet

😩How did we do with the

The video definitely caught the eyes of viewers as it hits 933,002 views on Instagram, which makes it one of the best content they uploaded since she became pregnant.

A lot of fans left funny comments, some said they promised to do this when they got pregnant but ended up having no energy after they became pregnant to pull a move like this. Seeing Rissa do that made them wondered where she got energy like that for those kinds of moves.

tylerbreanaa “I always said I’d do this when I’m pregnant then I got pregnant and had 0 energy to do this 😂😂”.

empoweredbygraceblog “girl! 🔥🔥🔥 you did THAT all while pregnant! This was fire! I love how Quan is looking at you with those same dreamy eyes as before 😢😍❤️”.

Rissa’s Labour started a bit too early as others may say, on the evening of Saturday 13th of November just 3 days after making the Baby Momma dance video she started having Latency periods which lasted for 40 hours straight…

what a painful experience that must have been!

She was experiencing sharp contractions but she wasn’t dilating, she couldn’t hide her excitement as she said:

“I’m very excited, although its painful!

They packed a few things and head to the hospital, Rissa was admitted, and Quan stayed with her every step of the way.

Rissa gave birth to a baby boy on the 15th of November 2021 at 05:14 pm. It was such a dramatic and emotional moment as Quan could be seen crying while holding her thigh and watching her push.

As of time of birth, the baby weight 7Ib 8oz and he was 19 inches tall.

Quan couldn’t hold back his tears, he literally cried ala the way through the delivery process. As soon as the baby came out he was handed to the mother and right there and then Quan burst into tears like a baby.

The mother of the baby Rissa was then checked and she was okay, the next day the baby boy was circumcised and they were discharged from the hospital.

After the delivery, on the 27th of November 2021, Rissa and Quan released their first video, in which they revealed the name of their baby boy.

They ended the video with lots of appreciation to their fans who stood by them each step of the way.

Also if you are looking for a great way to organize your baby’s clothes on your closet please check our unique closet dividers Here.