The most genius hack to get babies to take medication 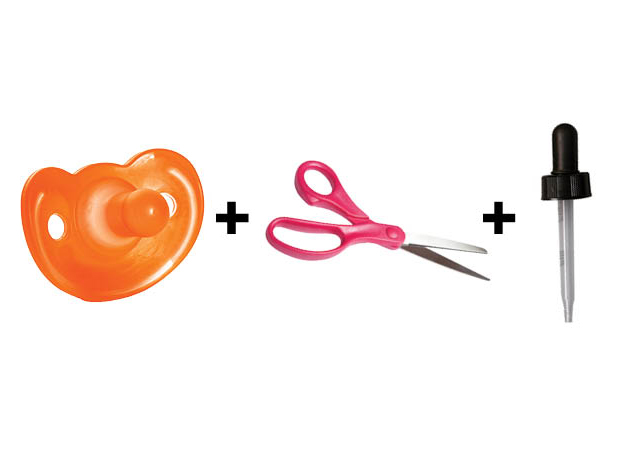 How many times have you struggled to get the medicine into your baby? The trouble is, once they catch on to what you’re trying to do, many babies refuse to take the dose. The next thing you know, you’re holding the baby down while another adult tries to get the meds in—and half of it still ends up on their sleeper. Everyone’s in tears, covered in a sticky mess, and now you’re worried about how much of the dosage actually went down. Treating a cold or flu is tricky enough without the medication struggle! But don’t lose hope—we have a brilliant and simple hack that for many babies works like a charm.
Just use a pair of scissors to cut off the tip of an open-ended soother (like a Philips Avent pacifier) or a nipple from a bottle (whatever your baby prefers), creating a small opening. Then, when your baby is happily sucking away, stick the medication dropper through the soother channel to administer medicine. The baby doesn’t see the syringe coming and is already comfortable with the feeling of the pacifier or nipple. Voila! If you weren’t so tired, you might do a little victory dance.
This article was originally published in January 2016.