A letter to my premature son 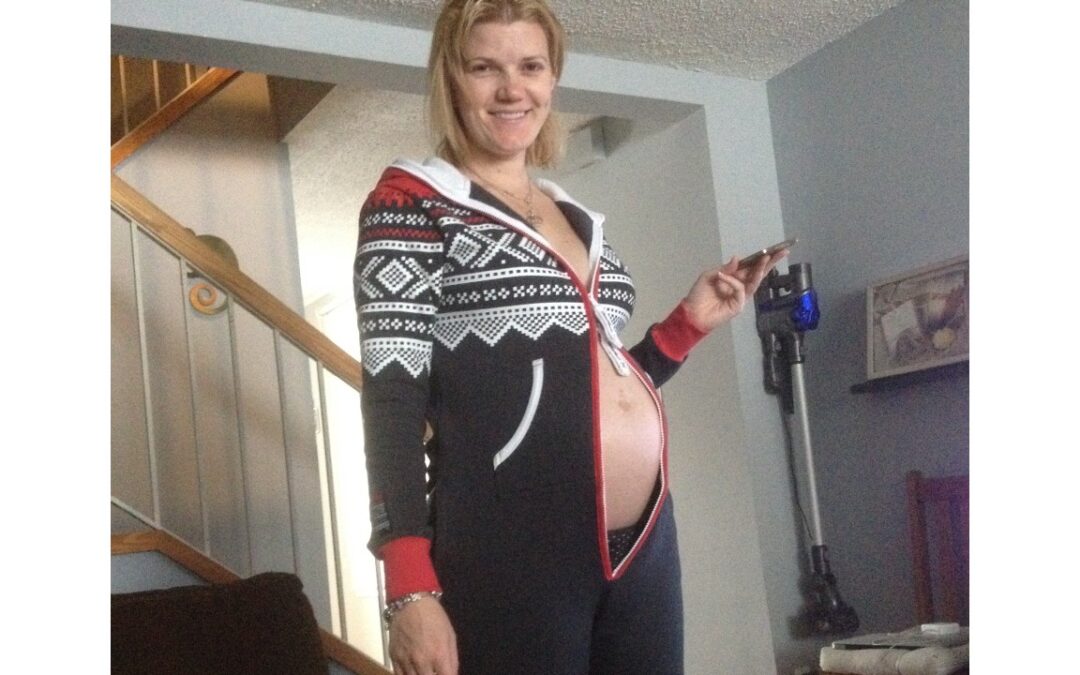 Dear Cruz,
On the morning of January 11, 2015, I took a photo of my growing belly sticking out of my onesie. I was a few days from entering my third trimester and other than the nausea, I felt amazing. Any superficial insecurities I had were erased by the new form my body was taking and the feeling that I was doing what I was supposed to. How quickly things can change.
Later that day my back started to ache, but I assumed that was a normal part of pregnancy. It was getting late and I was tired. If I could just close my eyes and sleep I knew I would feel better in the morning. I would make one last trip to the bathroom then I would go to bed. In the bathroom I called to your dad, “I’m bleeding!” He raced us to the hospital in what seemed like record time. The drive was a blur; I remember focusing on the grip my hand had on the passenger side door, the back ache turning into a much more severe pain.

Photo courtesy of the writer

The hospital felt quiet and huge. Checking into labour and delivery I fumbled to find my health card while telling the nurses I was 27 weeks 5 days pregnant—and bleeding. I passed my wallet over to your dad to find my card as they told me to come with them. The nurses were calm. I felt lost. They connected me to a fetal Doppler and we heard your heart beat—your healthy, strong heart beat. A wave of relief came over me. Even though the pain was getting worse, I assumed everything was going to be okay.
The doctor arrived and did a quick exam informing me that my membranes were ruptured.
“What does that mean?”
“You’re seven centimetres dilated.”
“What does that mean?”
“You’re in labour.”
I think my body went into shock. They were going to try to slow down labour, but there was no stopping it. You were born less than ten minutes after I was admitted into the hospital.
There was no connection between my body and brain at that point, but I do remember hearing the faint sound of your cry before they whisked you off.
My body had failed us, failed you and now we were there with all two pounds 14 ounces of you fighting for your life.
“Does he have a name?” The doctor asked us. We thought we had three more months to figure that out. It wasn’t until the early hours of the morning that your dad turned to me and said, “His name is Cruz.” You had cruised on into our lives and whatever was to lie ahead, you were going to cruise through that as well.
Shortly after you were born, they brought your dad back to see you. He took a photo of you to bring back to me, as I wasn’t allowed to leave the delivery bed until the nurses were sure I was physically and emotionally stable enough to move. The photo was of your perfect tiny body lying in a Ziploc bag—the most medically advanced way to keep your body temperature regulated. You had your tongue sticking out, your big personality already shining through.
Your eyes were almost completely fused and your ears still stuck to the side of your head. You had wires connecting to various parts of your body to measure your heart and respiratory rates as well as oxygen saturation.
You were going to be tube fed for the unforeseeable future. On your face, you wore the tiniest little mask to help get oxygen and pressure into your underdeveloped lungs. By the time I was wheeled into to see you that mask was switched to intubation because your lungs and body were too tiny to breath on their own. We would soon find out you had a pulmonary hemorrhage (a bleed in your lungs).
Looking at you, I felt sad knowing you were relying on machines and strangers to keep you alive, all things that I should have been doing.
A nurse asked if I wanted to touch your arm. I must have had a terrified look in my eyes. She assured me that it was okay. I was to touch you with a firm touch, not to stroke you softly as your skin was so thin that rubbing would be painful and damaging. Your hand covered my fingernail and not much else. We thought your hair was dark but after you had a sponge bath and the blood was washed off your head to show your beautiful blonde hair.
In the first 24 hours we received an overload of information and possibilities and gave consent for you to receive a blood transfusion. We familiarized ourselves with the protocol of entering the NICU and learned to wash our hands with surgical precision. Every day at 10:49 p.m. until the day you were discharged we would celebrate having made it through another day. We weren’t told much about what to expect and we were encouraged not to focus on the future, but to just process what was going on now.
We celebrated a lot in those early days. Every milestone was a miracle—your first bowel movement, the first time you wore clothes, every ounce you gained, the first time you took a bottle, the first time you nursed. The biggest was the first time I held you. You were nine days old, still intubated, but stable enough to move. I was so nervous. You had wires and tubes everywhere. I sat eagerly, waiting for them to pick you up.
It took two nurses: one to hold you and one to bring all the tubes and wires. As they lay you on my chest, a wave of emotions spilled from me, but I remained still, too scared to move even the slightest and have a tube come out of place. That moment was perfect. Every moment I held you was perfect. Together, our bodies synced. You erased all my fears and made the chaos around us disappear. Lying on me, you would take cues from my body. With the rise and fall of my chest, your breathing would regulate, your oxygen saturation would improve and your heart rate would steady.

Photo courtesy of the writer

As a family, we began to navigate this crazy life in the NICU. Every morning I would drop off an insulated bag with my pumped breast milk to be fed by tube until you developed the suck/swallow reflex full term babies are born with. Before feeding you we would clean your face using a small gauze pad soaked in sterile water to wipe your eyes and a soaked Q-tip to freshen your mouth. We would take your temperature in your armpit then rotate the location of your oxygen saturation monitor probe, alternating hands and feet. Every time we changed your diaper, we weighed it before disposing of it to keep track of fluid intake and elimination.
On the nights you received a bath, we would wait until later in the evening when it was quieter. We would fill a small steel bowl with lukewarm water and remove all your connections to monitors (this being the most nerve racking/stressful time). With one hand remaining under your head and body we would place you in the water and put a cloth on your belly to help keep you warm. You loved (and still do) your bath time. Nurses would often comment on how unusually calm you were in the water. Your little eyes looking up at us, you enjoyed every minute of your spa time, as we gently massaged your head with soap.
All of this began to be normal. Our normal. When you were big enough to wear clothes, I felt like any other mom picking out her son’s adorable tiny outfits.
Slowly, IVs and tubes started to disappear and ounces were gained. The tiny hole in your heart, although it didn’t close, became small enough to not be a concern. Your lungs stopped bleeding and, after eleven days you were able to graduate from intubation to a continuous positive airway pressure (CPAP) machine. After another four weeks you were breathing fully on your own. Your spells (apnea accompanied by bradycardia with low blood oxygen levels) stopped and you were weaned off caffeine. Your feeding tube was removed and you were fed exclusively by bottle or breast.
It took 80 days, but you finally came home! All 10 tiny fingers and toes home at last where you belonged.
Your story isn’t an easy one, but it’s yours and it’s made you who you are today so to us, it’s perfect.
Love,
Mom